Manchester United attacker Cristiano Ronaldo was absent forthe Switzerland game in the UEFA Nations League. The five-time Ballond’or recipient was not in the Portugal squad during the 1-0 defeat at the hands of hosts Switzerland. The Portuguese team conceded in the first minute to the goal from Benfica forward HarisSeferovic and never recovered until the end of the Nations League game played atStade de Geneve in Geneva. 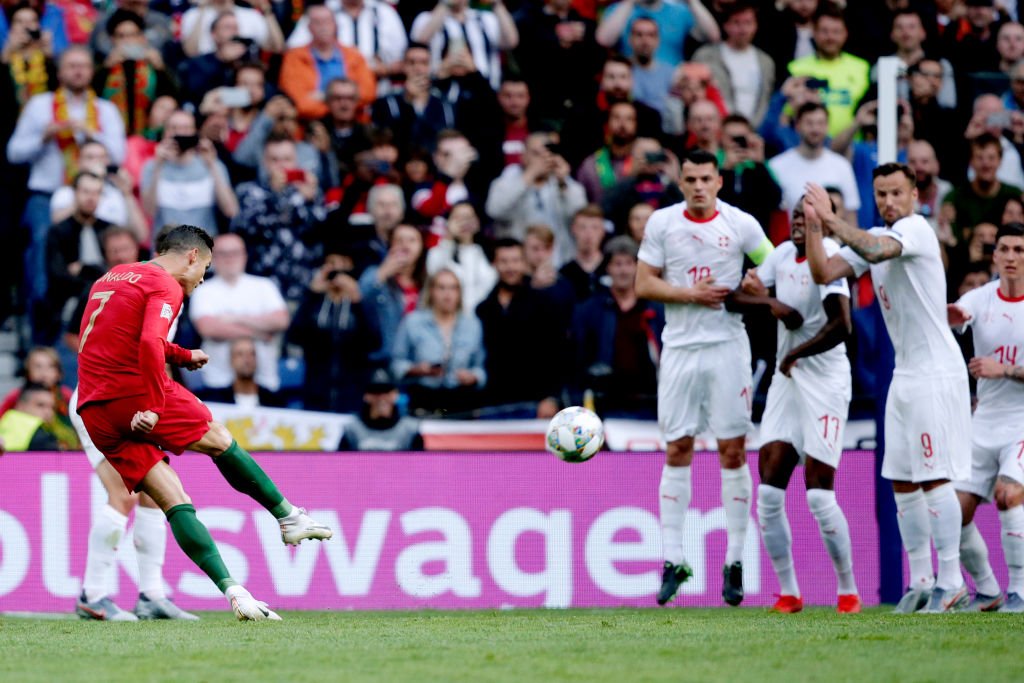 Ahead of the Switzerland game, Portugal manager Fernando Santos told reporters in his press conference that Cristiano Ronaldo and two others won’t travel to Switzerland due to management reasons. Apart from Cristiano Ronaldo, Wolverhampton Wanderers midfielder Joao Moutinho and Borussia Dortmund left-back Raphael Guerreirowere also left out of the travelling party to Geneva.

Santos and his coaching staff cut Ronaldo, Guerreiro and Moutinho from their squad of 26 players to 23 players for the Switzerland game. On dropping the trio for the Nations League encounter in Geneva, Portugal manager Santossaid it was not because of injury. According to him, it’s a question of management and about physical problems. Santos said it wouldn’t make sense totravel with 26 players when 23 players would sit on bench, starting XI inclusive.

Portugal suffered their first defeat of the current UEFA Nations League campaign at the hands of Switzerland thereby losing top spot in Group A2. Santos and the Portugal players came into the Swiss game on the back of seven points from their first three games in the group. Portugal were usurped at the summit by Spain who beat the Czech Republic at home. Valencia star Carlos Soler scored the opening goal on 24 minutes before Sporting Lisbon attacker Pablo Sarabia wrapped up the win for Spain. The Spanish team moved one point ahead of Portugal with the straightforward victory over the Czechs.

IS RONALDO EXIT THE PROBLEM AT REAL MADRID?

Real Madrid is a club that adheres to standards that are universally accepted to be winning titles every season. The...