Manchester United attacker Cristiano Ronaldo ended his mini-goal drought after finding the back of the net three times during the 3-2 home win over bottom club Norwich City at the weekend. His first goal came in the seventh minute thereby ending a run of two games without a goal for the five-time Ballon d’or winner. Young Swedish international Anthony Elanga provided the assist for Ronaldo to score the first goal of the game after Norwich City defender Ben Gibson had lost possession on the edge of the box. 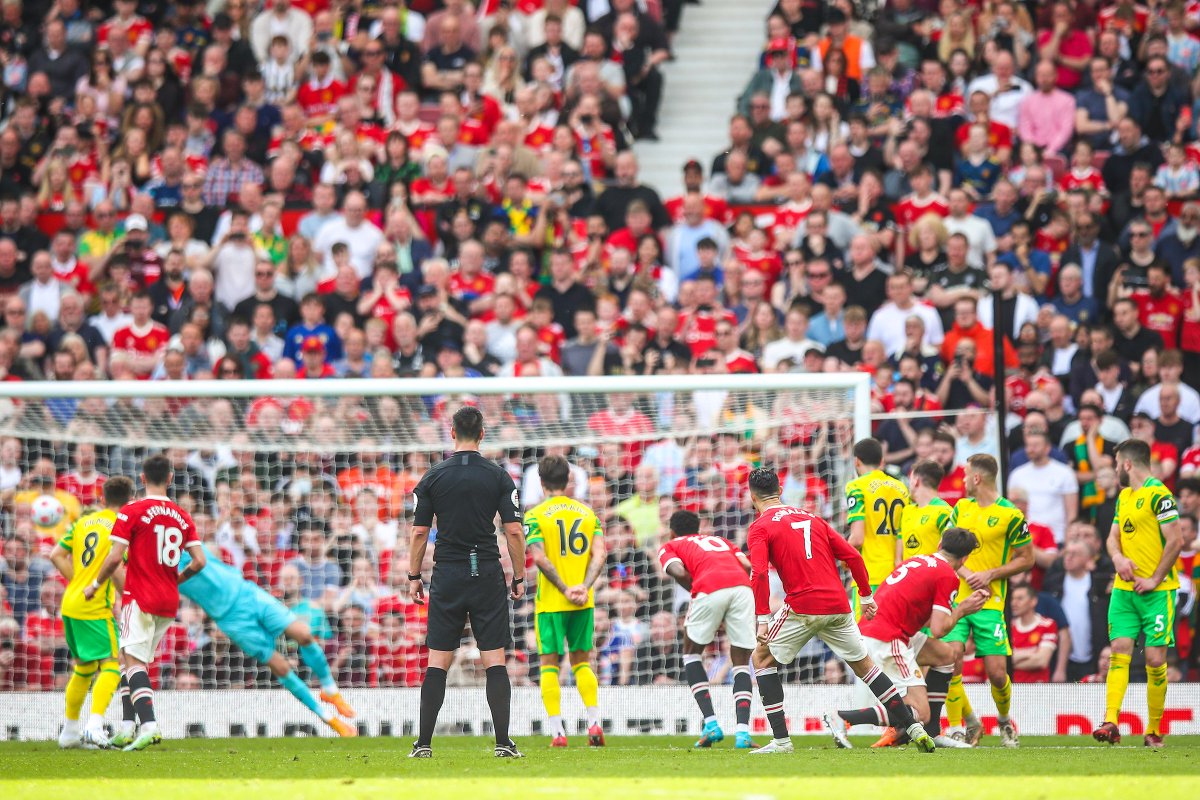 Cristiano Ronaldo edged United 2-0 ahead on 32 minutes via a header from the corner kick from Alex Telles. Kieran Dowell then pulled one goal back for Norwich City in the first minute of added time in the first half to ensure that the visitors went into the halftime break with a foothold in the game.

The comeback was complete for Norwich City in the second half when leading goalscorer Teemu Pukki equalised with seven minutes played in the half. Pukki turned goalscorer after he had provided the first Norwich City goal for the aforementioned Dowell. Norwich City were heading for a draw that would boost their relegation survival hopes with the second half strike from Pukki before Cristiano Ronaldo struck again to complete his hat-trick via a free kick after Elanga was brought down. He was able to take his career hat-trick to 60 against Norwich City. He has 30 trebles before age 30 and 30 trebles after age 30 following his three-goal heroics against the Canaries.

On the back of his treble in the 3-2 win at home to Tottenham Hotspur last month, Ronaldo failed to score during the 1-0 home loss suffered by Manchester United to Spanish champions Atletico Madrid in the second leg of their Champions League last 16 tie. He then took his goal drought to two games during the 1-0 loss at Everton in the last Premier League outing before the Norwich City game.

Cristiano Ronaldo’s agent Jorge Mendes is annoyed that his client lost his crown as the UEFA Player of the Year...