Manchester United talisman Cristiano Ronaldo has fallen further behind the likes of Liverpool attacker Mohamed Salah and Leicester City striker Jamie Vardy in the race for the Golden Boot Award in the Premier League after the latest round of games. 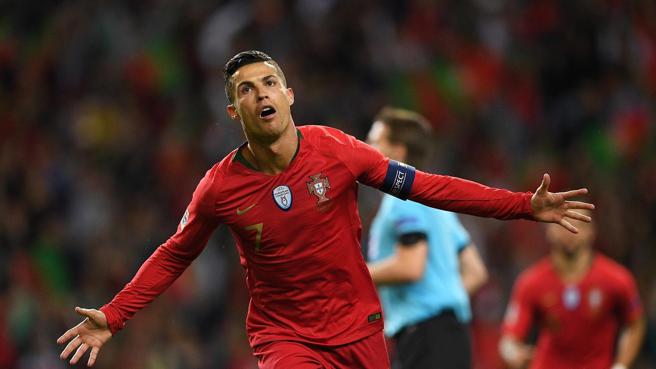 Cristiano Ronaldo lost grounds on both Salah and Vardy in the Golden Boot race after he failed to score in the Leicester City game on Saturday afternoon. The Portugal international was largely anonymous during the game which ended in a dramatic 4-2 win for hosts Leicester City. Ronaldo has not scored in each of the last three matches in the Premier League.

Retired England national team player Vardy scored one of the goals for Leicester City during the game to take his tally to seven goals at the top of the scoring chart as far as Premier League football this season is concerned.Belgian international YouriTielemans, Turkish defender CaglarSoyuncu and substitute PatsonDaka were also on target for the Foxes, while Mason Greenwood and substitute Marcus Rashford scored the goals for Manchester United.

Just like what’s obtainable with Vardy, Liverpool talisman Salah also has seven goals in the Premier League this season after he scored one of the best goals of the new league campaign in the big win over hosts Watford. Liverpool scored five unreplied goals against the Hornets and Egyptian international Salah was one of the goalscorers. Senegalese international Sadio Mane and Brazilian attacker Roberto Firmino (three goals) were also on target for the Reds. Salah is at the peak of his powers at the moment and he showed it once again at the expense of Watford. The Egyptian international scored a similar goal in the last league game at home to defending champions Manchester City. He was the star of the show as Liverpool and Manchester City played out a 2-2 draw.

Cristiano Ronaldo’s movement to Juventus from Real Madrid this summer was a great move indeed. The former director of Real...